Results of participation in the exhibition «Aerospace Testing Russia 2009» 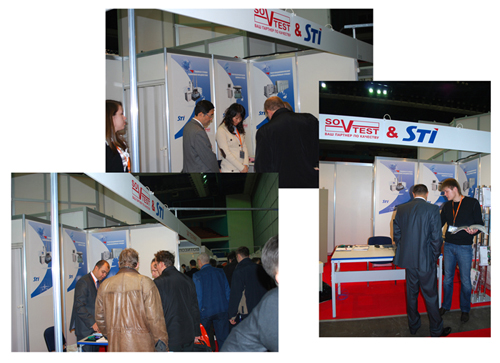 Environmental testing equipment is one of the main activities fields of our company. Today “Sovtest ATE” is able to offer a whole range of equipment for the aerospace industry. For example, equipment for different climatic and mechanical tests of separate units, aircraft complex systems along with testing (electrical, X-ray and optical control) of the separate electrical blocks and whole systems. 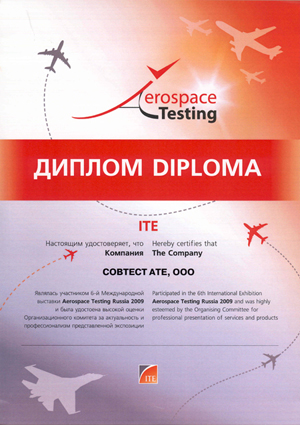 OJSC «Sovtest ATE» was also awarded with a certificate of honour «For fidelity and constancy in the exhibition’s participation». 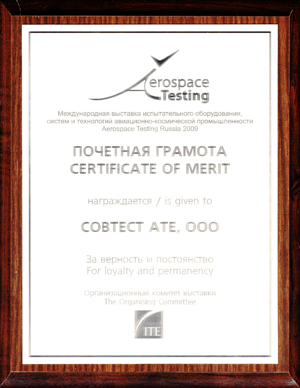 The company started our own production in 2005. A number of unique, certified and patented devices was manufactured. This equipment allows fulfilling of different climatic and mechanical testing of the separate blocks and devices, whole complexes and systems of the aircrafts.

The biggest interest was attracted to the climatic chamber VC3 7018 («Votsch», Germany), which is equipped with the integrated industrial computer system S!MPAC with 12” colored touch display. New software Windows S!MCONTROL, allows the operator to set-up and control parameters in the real time as well as creating testing programs via graphics editor. Saved reports and programs of environmental testing are available for further usage. The possibility of remote control via USB and Ethernet interfaces is also included. S!MCONTROL software portability with the external software S!MPATI allows to combine up to 32 pieces of equipment into one network for its centralized management and control. In the production of the new series Climate 3000 was used only ecologically clean powder covering, high quality stainless steel, thermal insulating material made of mineral fibre, ozonsafety chlorideless refrigerant. The aim of this temperature test is to verify the resistance of a specimen to the environmental influence of temperature and humidity. 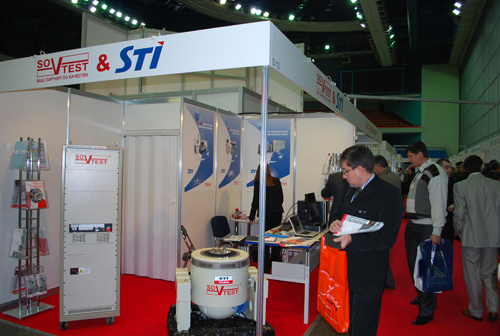