Electricity supply meter – is one of the main elements of the accounting system for energy consumption both in everyday life and at the factories. This equipment is always in demand and its characteristics are constantly under development. Leading research company «Abercade» studied this domestic market in 2008 and set out the results, demonstrating redistribution of the market share between the manufacturers.

Production volume of the electricity supply meters in 2008 is 7 016 363 pieces in natural terms. An output growth - 36,3% in 2007 was noticed in comparison with 2006. In the first place it is connected with a prominent increase of electricity supply meters production by company «Incotex» (Moscow), which in 2007 extended its production capacities by means of opening of the additional factory in Saratov Region.
Following the results of 2008 year due to the production volume of the electricity supply meters Joint-Stock Company «Energomera Corporation» (Stavropol) leads, having 32% (share of the market). Research results held in 2004-2008 years by «Abercade» show that «Energomera Corporation» holds a stable condition on the Russian market.

Company «Incotex» is on the second place in the rating of the leading companies with 20% market share. Within the last years the company has stepped up production, having increased production capacity due to the opening of the additional factory in the Saratov region. Stable positions in the leaders group of the market are taken by: «LEMZ» in St.Peterburg (10% market share), «MZEP» in Moscow (10%) and «NZIF» in Nizhny Novgorod (9%). 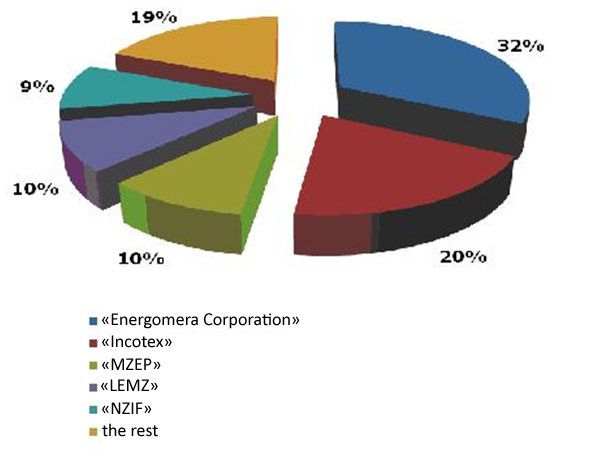 «Sovtest ATE» has also made a contribution into the development of the electricity supply meters’ market in this or that degree all of the above mentioned companies by supplying them with the most advanced equipment fir electronic production: high-speed surface mounting machines, selective bonders, test systems with mobile probers for in-circuit testing, AOI systems and cable processing equipment.

The main part of the new production of «Incotex» in Saratov region are surface mounting machines by JUKI (Japan), delivery and start-up of which was produced by «Sovtest ATE».

OJSC «Sovtest ATE» supports not only Russian market of electricity supply meter, but CIS market as well. In May, there was held a successful start-up of the surface mounting line on «ADD Group» (Kishinev, Moldova), specializing in research and production of control systems and accounting systems (electricity, water, gas and heat). The project was won in a tender, where among the rest of participants were «OSTEC Enterprise», «NPF DiPaul» and «LionTech». The line included 8 pieces of equipment.

Forecast
In 2008 year there were made amendments to the Federal law «About Fund assisting housing and utilities sector», due to which one of the necessary conditions for a region on getting support from the Fund is an availability of a program, allowing installation of counters (electricity, heat and water meters). Realization of such programs in the Russian regions can stimulate market development. However, its fulfillment demands high financial expenditures and in the first place it depends on the local authorities.

Analysts of «Abercade» consider that in 2009 year a setback in production could not be ruled out because of the needs decrease on the domestic market, which may be explained by the two main reasons: 1 – completion of the old electricity meters replacement in the majority of the Russian Federation regions; 2 - slowdown of home construction rates because of the economic crisis.

According to «Abercade» increase in demand of the 2 rates electricity meters, which really help to cut down expenses.