Denis Urmanov, Deputy General Director for Science at «Sovtest ATE», presented technologies and spoke about the prospects for digitalization of agriculture in the Russian Federation.

The All-Russian (national) scientific-practical online conference “Modern Economics: Actual Problems, Challenges and Development Paths” was held with the support of the Ministry of Agriculture of the Russian Federation, the Association of Agricultural Universities of the Central Federal District, the Regional Committee of the Agro-Industrial Complex and the Kursk State Agricultural Academy named after I.I. Ivanova. "

During the conference, they spoke, among other things, about the development of cooperation between Sovtest ATE and FarmFacts GmbH (Germany) on digital solutions for agriculture in the field of digital weather stations, agrochemical surveys, compilation of electronic field maps for fertilizing and other areas.


«Free and open access to information resources will ensure the optimization of production processes, will significantly reduce the costs of enterprises, which should lead to an increase in production indicators, both in terms of the volume of raw materials and products received, and in terms of financial and economic activity,»


The event participants were also told about the production of the first industrial designs of digital weather stations at their own Sovtest ATE plant in Kursk, which allow you to track all meteorological changes at the monitoring site online and provide their owners with a personal updated forecast for the next few days. The use of weather stations can significantly increase the level of security in various areas of our lives and provide invaluable support to individual farmers and agro-industrial enterprises of the country in increasing the yield of various crops.


«The relevance of digitalization of agriculture in Russia is confirmed by the fact that today modern world food systems are entering a fundamentally new stage of technological development, which was called“ Agriculture 4.0 ”and is based on the implementation of such“ smart ”solutions as“ precision farming ”, robotics, “Internet of things” and other digital technologies,»


Based on the results of the work, that have been done, a collection of conference materials will be published. 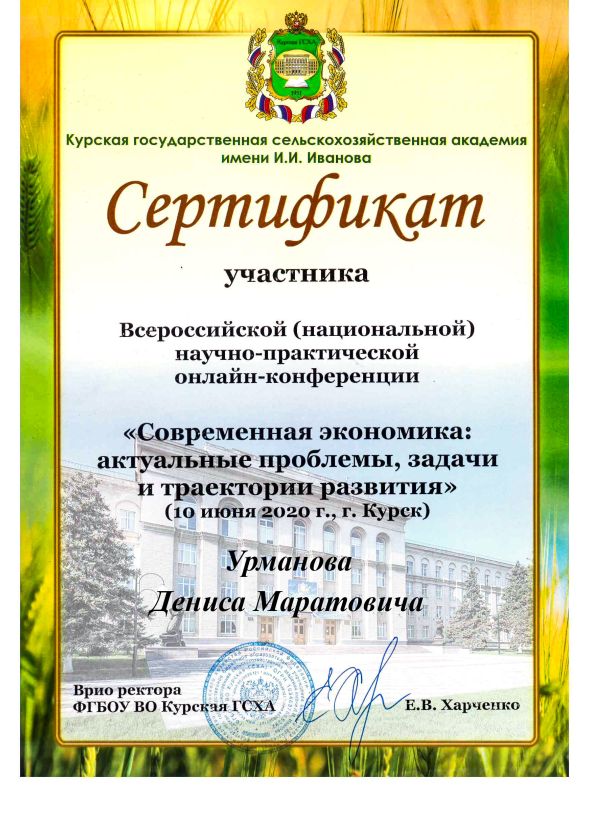